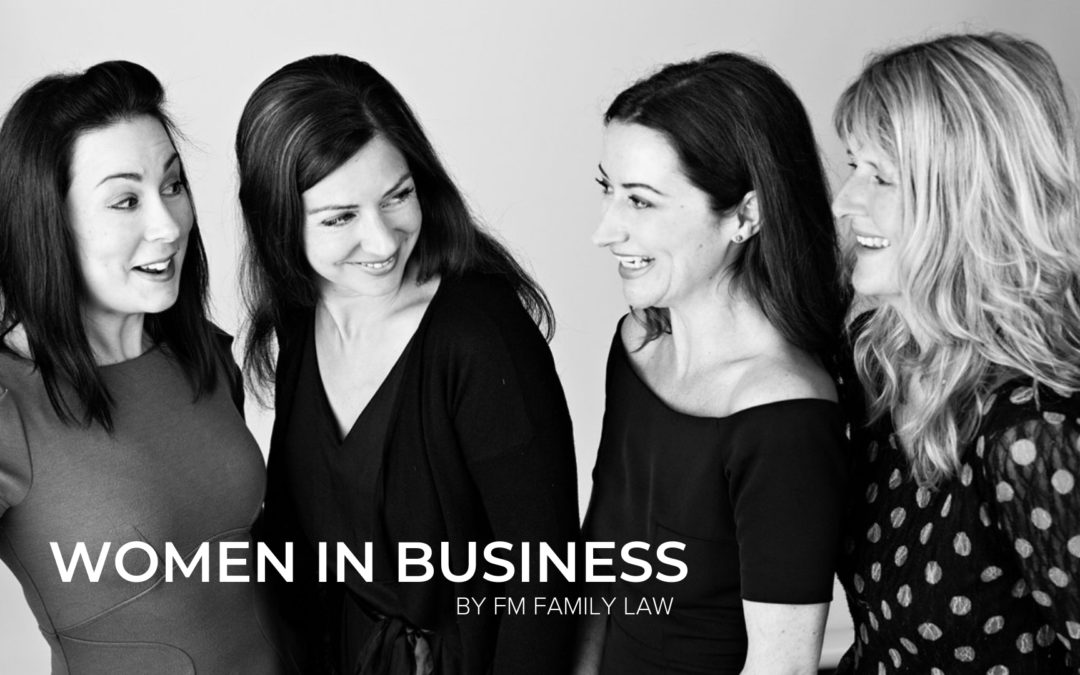 Fiona McLeman founded FM Family Law in 2011 (then known as Fiona McLeman Family Law). The name change came about in 2014/5 when the size of firm grew beyond expectation. On opening a second office in Norwich, Fiona and the team felt that it was no longer appropriate to define the firm so markedly with Fiona’s full name. Fiona’s vision in 2011 was towards long-term employee retention, allowing (what is currently) an all-female team to work flexibly, whilst fully engaging in both business and family responsibilities. It’s a balance Fiona wasn’t able to achieve as well in her previous firms, and indeed, business ownership can give women the autonomy they need to manage multiple responsibilities simultaneously

“My vision of owning my own law firm came to me in the wee hours while tending to my then 6mth old. What’s made it the success story it is,  was to have modest expectations and to grow exponentially and organically. This allowed me to be a hands on mother, and be at the school gate which is important to me, as much as to be a great lawyer and business owner. With the right support in place I think you can be both.”

Here are some other local success stories.

Jan Godfrey MBE and Susan Hollingsworth founded Wayland Women in Business in 2006. They were struck by the number of women who were finding it difficult to compete in the world of work.

‘Some worked in a male dominated field and could not get their voice heard; some were juggling home and family with work and missed out on opportunities for networking and learning; some were bumping their heads on glass ceilings, finding that however good they were at their job, they could not get promotion beyond a certain level; some simply recognised that they lacked the confidence to step onto the next rung.’

13 years on they have created a network of women who share ideas and good practice, develop client contacts and learn new skills. Meeting bi-monthly at Broom Hall Country Hotel in Norfolk, their numbers are steadily increasing – spurred on by a packed out seasonal events, like the Christmas lunch attended by Karen of FM Family Law this year.

Building networks of inspirational businesswomen is key to boosting the numbers of future female business leaders. Kelly Molson, founded digital agency Rubber Cheese in 2003.  In 2017 followed Mob Happy, an organization to support female agency owners and to help them inspire up-and-coming leaders. They invest in enterprise days and confidence building workshops in primary schools – aimed at ultimately increasing the percentage of female business owners. Kelly was shortlisted for the DevelopHER Awards for her commitment to raise the profile of women in technology, and, she says, ‘competition can be celebrated’.

‘I’m a huge supporter of other independent agencies, in fact anyone who’s got the balls to set up on their own. I can learn from them as much as they can learn from me’

Kelly is dedicated to helping women in their professional development, but she also shares her personal story to support people struggling with fertility issues. Celebrating 15 years as an agency, Rubber Cheese has channeled its energies into raising £15k for the Tamba, Twins and multiple Births association‘ because they helped Kelly get through 2017’. That year, after a difficult IVF journey, Kelly and her partner Lee lost their twin girls, Lily May and Ava Allison. Through fundraising and her determination to speak publicly about their profound grief, Kelly shows us that the personal and the private ‘are all part of us whether we like it or not, and the things we’ve been affected by will shape the course of our lives forever.’

Recognising the often unspoken difficulties that people face in their personal lives through her very public profile, Kelly hoped to relieve some of the isolation faced by women in similar circumstances. Kelly is constantly reaching out to build links, in recognition that support is a vital part of our personal – as well as professional – journeys.

Indeed, writes Jo Kruczynska, building a strong team to support you as a business-owner is key.

‘I would recommend getting a team structure in place to ensure that you are able to step away from the business when you need to … Being able to step back and see the bigger picture is so important, and not something you can do when you’re getting up at dawn and working 70 + hours a week.’

Jo organised sell-out supper clubs and baked Cambridge’s most sought-after cakes, before founding Afternoon Tease Cafe. The popularity of the café was unrivalled, with food made completely from scratch and queues out of the door on weekends. Jo devoted the 4 years of Afternoon Tease solely to her business, and put holidays, time-off and socialising on hold. ‘This was ok for a while’ she says, ‘but was not sustainable for me personally’. To city-wide dismay, Afternoon Tease closed its doors in 2017, but Jo has found a better way of structuring her business

‘I now have my life back and am enjoying a flexible way of working…I’m not afraid of working hard but being able to take a break every now and again is great!’

Jo now takes cake orders @AfternoonTease and supplies some of the cities most popular venues.

Running a business is characterized by this tension between flexibility and pressure. Particularly in hospitality, where recruitment is a challenge, the freedom of self-employment is often over-ridden by the all-consuming nature of day-to-day operations.

‘I find time management can be a challenge’ writes Faye Morray-Jones Knight of Novi ‘especially when I go in the building and notice lots of things that need doing, so tend to get caught up, rather than doing my own work.’

Faye and husband Matt have worked hard since the business rebranded in 2014, developing the Novi brand into a ‘unique inspirational venue with two identities’: daytime café and kitchen, and nighttime cocktail bar – open from 9am to 3am.

The creative opportunities afforded by such a versatile venue are enormous, and today as the Bookings and Events Manager, Faye’s job varies from wedding parties to corporate bookings. For 14 years, her husband Matt ran the venue:

‘It was particularly difficult when the children were younger and Matt was often working long, unsociable hours.  At the time I worked elsewhere, so we would often work opposite shifts in order to share childcare but the business gave us the flexibility to do this. ‘

Just like the multiple identities of Novi, women in business have several selves to juggle. It’s important to recognise that we are many things, and that our experience goes far beyond the day job. These women show that the limitations sometimes placed on us by inflexible roles can be overcome by finding our niche. That means not being afraid to step away when things aren’t right, to etch out a new role based on our strengths, and to form strong partnerships with those around us for support.